The Ultimate Guide to Police Apprenticeships

Those looking at a career in the police force should be aware that it is a physically, mentally, and emotionally demanding job which requires a high level of emotional intelligence. It is also an incredibly rewarding career, serving in communities to make them safer places to live.

If you are thinking of joining the police force and becoming a constable, you may not know that one of the recommended routes is a police apprenticeship. This is because police apprenticeships are a relatively new invention, designed to cope with the demand for highly competent officers who can deliver a high level of service to the public.

The conception of police apprenticeships

Every police officer is authorised to make autonomous lawful decisions, including depriving an individual of their freedom, if they deem it necessary to follow the law. For these reasons, traditionally, recruits had to train for years before they were allowed to work as police officers.

The College of Policing (CoP), the professional, statutory, and regulatory body for the police service has worked with several key stakeholders, such as police force representatives, staff associations, and higher education partners to develop the Policing Education Qualifications Framework (PEQF).

Pre-2019, all police officers had to complete a learning and development programme over two years before they were authorised to patrol the streets. Previously, the short answer to the question “is there such a thing as a police apprenticeship?” would have been no. However, that has now changed, affording suitable candidates the option to take up a police constable apprenticeship degree, whether or not they have a university degree.

As police apprenticeships are such a new option to become available to potential police officers, you may be unfamiliar with the details. Below, we have delved a bit deeper to answer some of the most frequently asked questions regarding police officer apprenticeships and the different career paths you can take to work for the police.

Do you need a degree to work in the police?

Not anymore. The Police Constable Degree Apprenticeship has made it possible for non-degree holders to train to become police officers. Successful entrants will be police officers from their first day (mentored by servicing police officers) and will earn a BSc (Hons) Professional Policing Practice (PPP) upon completing the programme.

In this sense, you don’t need a degree to begin training to become a police officer, but you will have gained one by the time you complete your training!

What are the Pathways into Policing?

As of January 2020, there are three routes you can take into policing, under the PEQF:

As with any apprenticeship, The Police Constable Degree Apprenticeship combines earning a qualification with practical on-the-job learning and earning a wage. Entrants will become police officers on their first day, though they will be on probation until they achieve their degree. You will work towards a BSc (Hons) Professional Policing Practice (PPP) through practical learning and academic theory, all the while earning a wage. It usually takes approximately three years to complete the PCDA.

If you hold a degree (in any subject) you can complete the Graduate Diploma in Professional Policing Practice. This is a formal qualification of work-based learning modules and off-the-job learning, designed to cover the basic policing practice that candidates will need to achieve to earn patrol status within their first year.

The third route in becoming a police officer is a knowledge-based degree in professional policing. This qualification is not associated with the apprenticeship and must be achieved before formal recruitment to the police service.

What are the Entry Requirements?

For the PCDA, the entry requirements may vary between forces but are likely to be A-Levels or GCSEs (or equivalent) in the core subjects such as maths and English Language. However, some forces may not require formal qualifications, so it is always worth checking if you’re not sure you meet the entry requirements.

If you hold a degree in any subject, you can enter the Degree Holder Entry Programme (DHEP), as described above.

You must be 18-55 years old and meet the standard PC eligibility criteria.

How does it work in different parts of the UK?

To be accepted for a PCDA in London’s Metropolitan Police,  you will need to meet the standard PC eligibility criteria and have an English Language GCSE of grade C or above (or equivalent). You must also be working towards one of the following:

You will also need a grade of C or above in GSCE maths, but you may study for this alongside your degree if necessary.

Recruits will then undergo 16 weeks of university learning (following a welcome week) followed by eight weeks of street duties. After that, most of your training will be on the job learning interspersed with short periods of university learning. At the end of the programme, you will be formally assessed to determine if you have passed your probation and be awarded your degree.

The Apprenticeship.scot website only states the standard police eligibility criteria as entry requirements, with no mention of academic qualifications to apply for a PCDA. However, this could still differ between forces, so you are advised to do independent research.

The North Wales Police site outlines the same pathways explained above and refers to the College of Policing framework as above. The University of South Wales does likewise and offers downloadable course handbooks for PCDA’s in various regions.

What would you learn on a police constable degree apprenticeship?

There will be an approximately 80/20 split in favour of learning on the job versus time spent in university on academic theory. You will also be compiling a portfolio throughout your course as part of your final assessment.

Typically, there are 12 modules in a PCDA that deal with subjects such as vulnerability and investigation, ethics and communication, and evidence-based policing. As well as learning on the job, these modules will be taught via workshops, seminars, and lectures. You will also complete research projects.

Upon completion of your police apprenticeship, you will be a fully qualified police constable.

Hopefully, you now have a better understanding of police degree apprenticeships and can make a more informed decision if this could be a suitable fit for you. Here are a few final points that may be of interest:

Best of luck, and if you have any questions feel free to reach out to one of our apprenticeship experts. 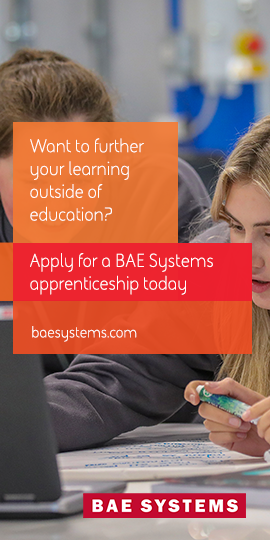