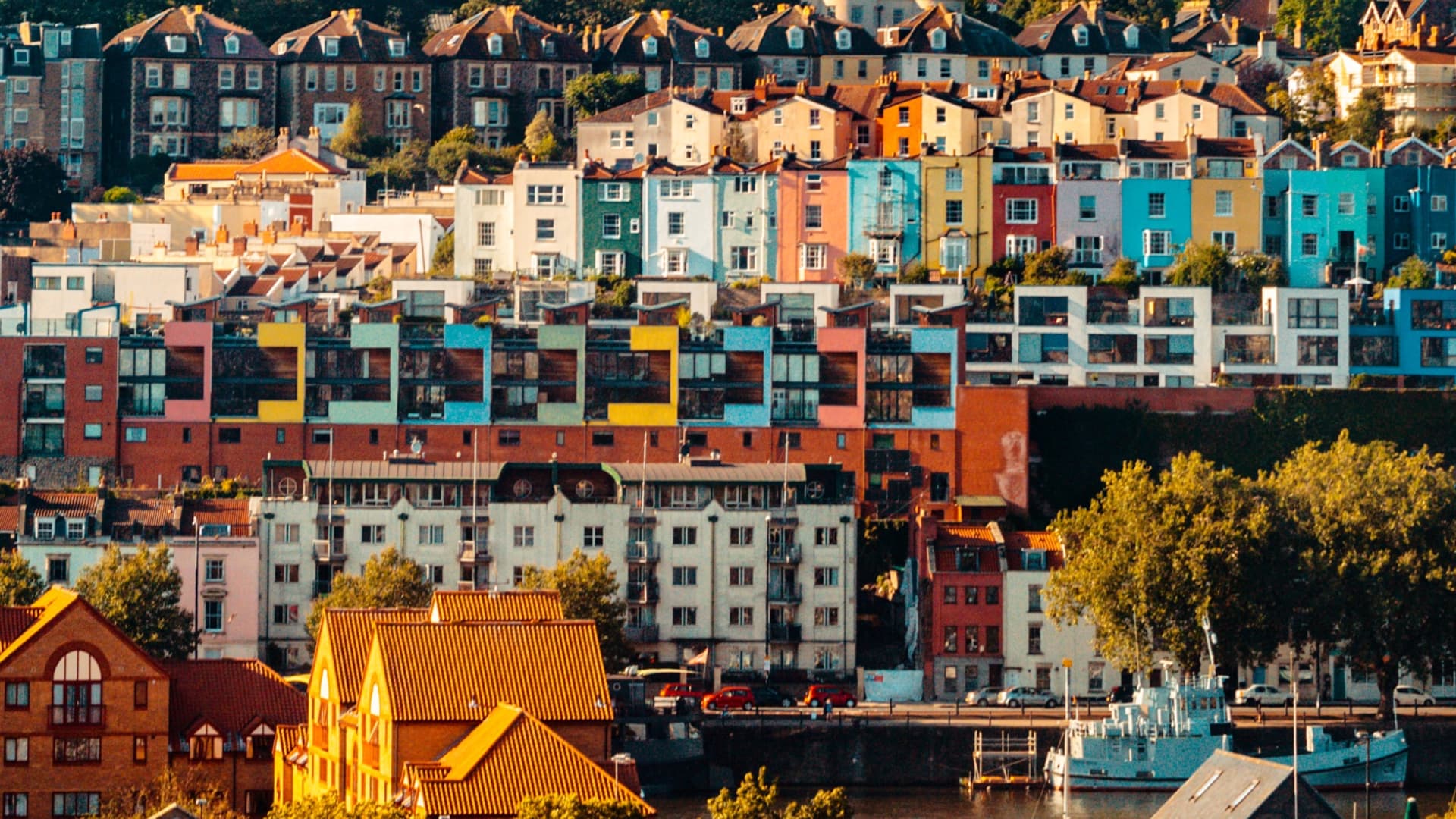 Apprenticeships across Bristol & the South West

Several global companies have a significant presence in Bristol, including Airbus, Amazon, Hewlett Packard, and EE.

When you consider Bristol also has two top-quality universities and all the conveniences of a large city with beautiful countryside on your doorstep, completing an apprenticeship in Bristol becomes an attractive proposition.

Let’s take a closer look at everything Bristol and the surrounding area have to offer.

Search the latest jobs in Bristol

There are many industries successfully operating in the area, including defence and aerospace engineering, IT, electronics, creative media, and financial services.

Bristol-based ISL Recruitment and Softcat, an IT services company regularly rank among the best places to work in the UK. There are also opportunities in accounting and tax roles for companies such as Deloitte. Undertaking an apprenticeship with a company such as this can set you on your chosen career path and give you a leg up.

If you’re looking to get an undergraduate degree, a university of Bristol apprenticeship could be just what you need.

Don’t worry if you have been working in one role or industry and wish to change tacks. Adult apprenticeships can help you to change careers or get qualified in a new specialty.

With an apprenticeship, you ‘earn as you learn’. In the UK,  the Government divide the cost of your apprenticeship with your employer.

That means that not only will you forgo the usual debt associated with going to university, but you will also be paid fairly for your work. And your work will be practical, directly related to your field of interest, and under the guidance of expert mentors.

When you finish your apprenticeship, you will have learned and honed the skills you need to succeed. You will have the required qualifications, have built a network of contacts, and you’ll be ideally placed to take the next step in your career. Some apprentices continue to work for the same company once they graduate, while others move on. Either way, you will be infinitely more employable within your industry.

“Bristol is a vibrant city, home to many established and growing aerospace, energy, engineering and financial services firms.”

Bristol also has a thriving media and journalism sector, with BBC Bristol apprenticeships and ITV apprenticeships, plus companies such as South West Film, a Bristol-based award-winning video production and video marketing company. Newspapers and magazines that have their head office in Bristol include Bristol Live, BBC Music Magazine, Who Do You Think You Are magazine, Home & Antiques magazine, Gardens Illustrated and many more.

To deliver a degree apprenticeship, every company must partner with a reputable university.

These apprenticeships provide opportunities to join some of the best companies in Bristol and cover a wide variety of industries.

Find out more about Degree Apprenticeships

What is an apprenticeship?

Apprenticeships can be summarised broadly as having four Key Benefits:

Living and working in Bristol

Located in the South West of England, on the River Avon, Bristol is both a city and a county. Bordered by Gloucestershire and Somerset, Bristol is the most populated city in the southwest, with a population of around 465,000.

Bristol was the first to be named European Green Capital and the first UK cycling city, so getting on your bike is an excellent way to explore the city and its surroundings.

The formerly thriving dock was converted into a leisure and hospitality hub, with hotels, restaurants, shops, and facilities for water sports.

For quieter moments, you can visit Snuff Mills with its relaxing water feature, Troopers Hill Nature Reserve or head to one of the other parks such as Brandon Hill Park or Castle Park.

Outside of the city, picturesque countryside, farmland, forest trails, and pretty villages are within easy reach.

Around 118 miles from London, Bristol also has its own airport for fast and easy domestic and international travel.

The main industries in Bristol today are electronics, defence and aerospace engineering, IT, Creative Media, and Financial Services.

The latest apprentice jobs in Bristol:

Why choose an apprenticeship?

As part of your Bristol apprenticeship, you’ll learn under mentors who are experts in your field of interest. Add to that plenty of practical hands-on experience, backed up by in-classroom learning, and you’ve got a pretty unbeatable combination.

No matter the sector, all apprenticeships are backed by the apprentice minimum wage. This means you are guaranteed to earn a liveable wage while studying for your degree and learning practical skills on the job. It is quite common for certain employers to offer wages far exceeding the minimum wage to attract the top candidates.

A collective effort to close the ever-growing skills gap in the UK, incentives to businesses (such as the apprentice levy), and a government push have led to the development of more UK apprenticeships than ever before. It is not just the number increasing but also the variety of roles and industries that apprenticeships now serve.

The four levels of UK apprenticeships cater to different levels of education and experience, they are Intermediate, Advanced, Higher, and Degree. Specific requirements will vary between apprenticeships, so always check carefully. The benefits of an apprenticeship degree include upskilling and consolidating your knowledge, qualifying for higher positions, gaining first-hand experience and potentially significantly increasing your earning prospects.

Get Your Degree with No Debt

Going to university to get a degree can be expensive. With the courses, required reading material and other expenses student loans can cost tens of thousands. That’s before you add on rent and bills. Most students need a job to cover their living expenses and graduate with three or four years worth of debt. Not so with an apprenticeship. University of Bristol apprenticeships are funded by your employer and the Government, so you graduate with no debt. Because of the liveable wage requirements described above, you’ll also be earning enough to cover basic living expenses, and, potentially, much more.

Given the abundance of industries thriving in the city, new Bristol-based apprenticeships are created every year. There are apprenticeships dedicated to specialist roles, to give you exactly the training and qualifications you need to progress. Those with a job in mind can start looking into the requirements immediately. Don’t worry if you’re not quite sure, though. You can browse our best industry apprenticeships page to get a better feel for what’s out there and let us know if you have any questions. 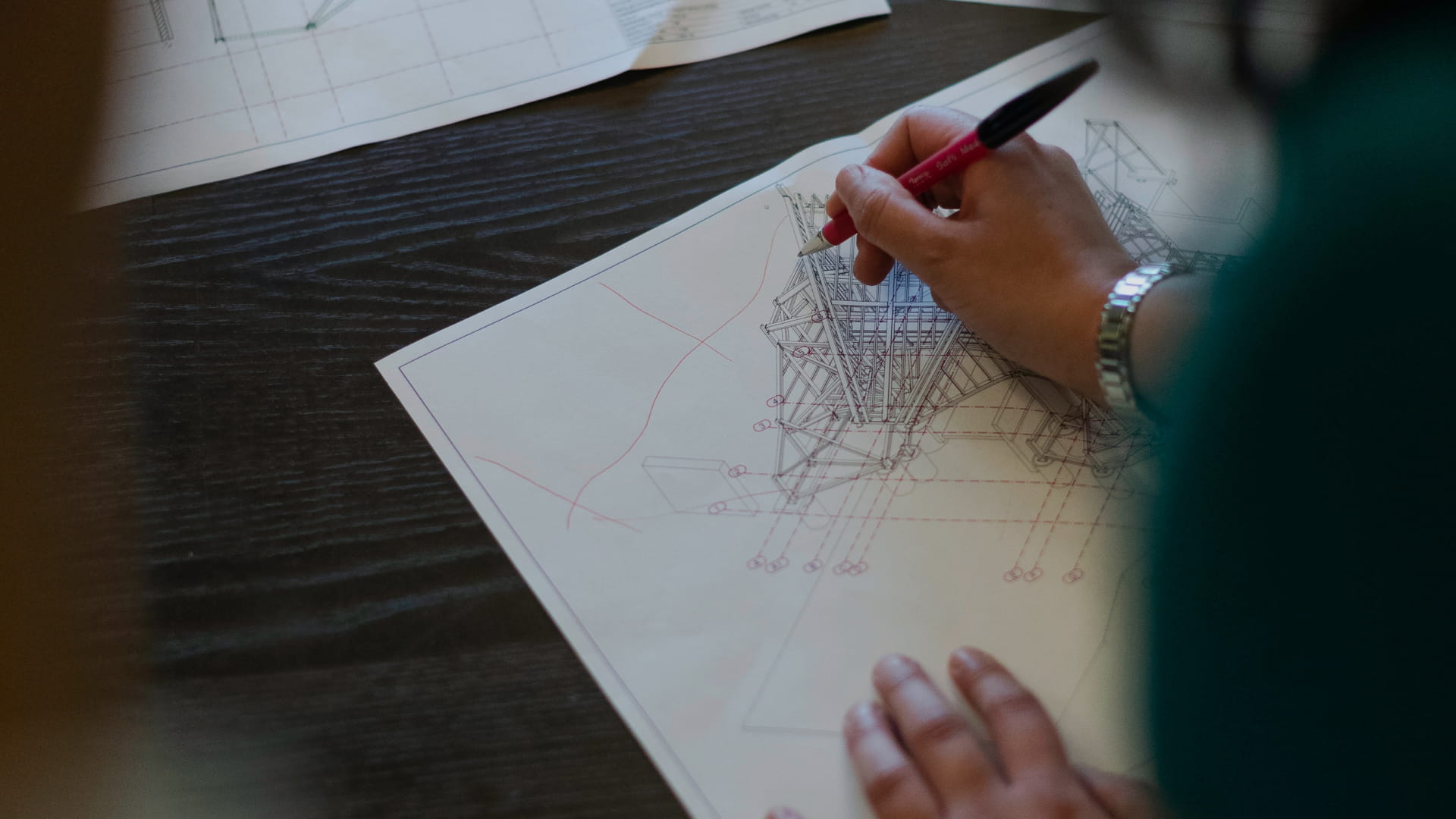 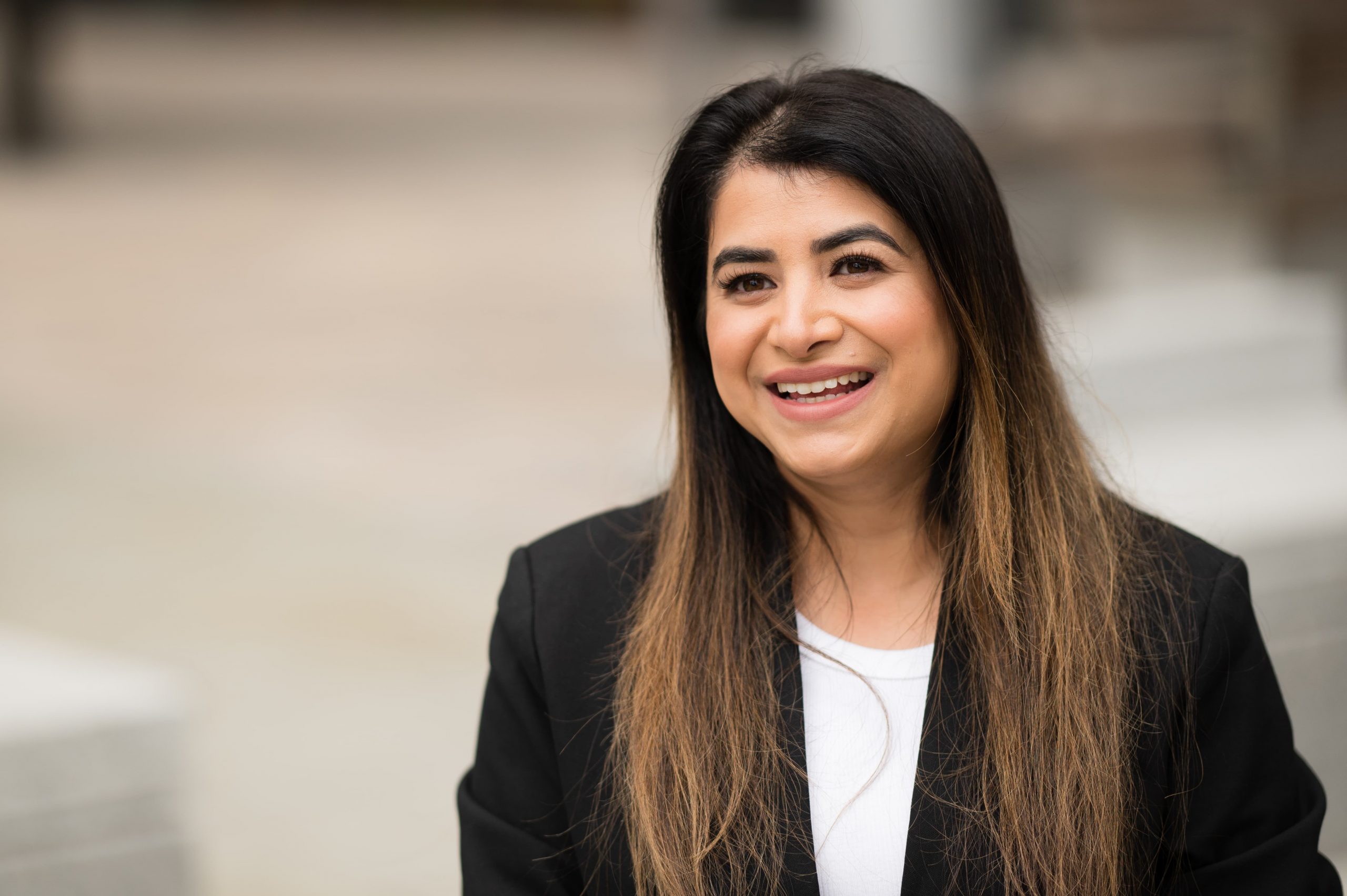 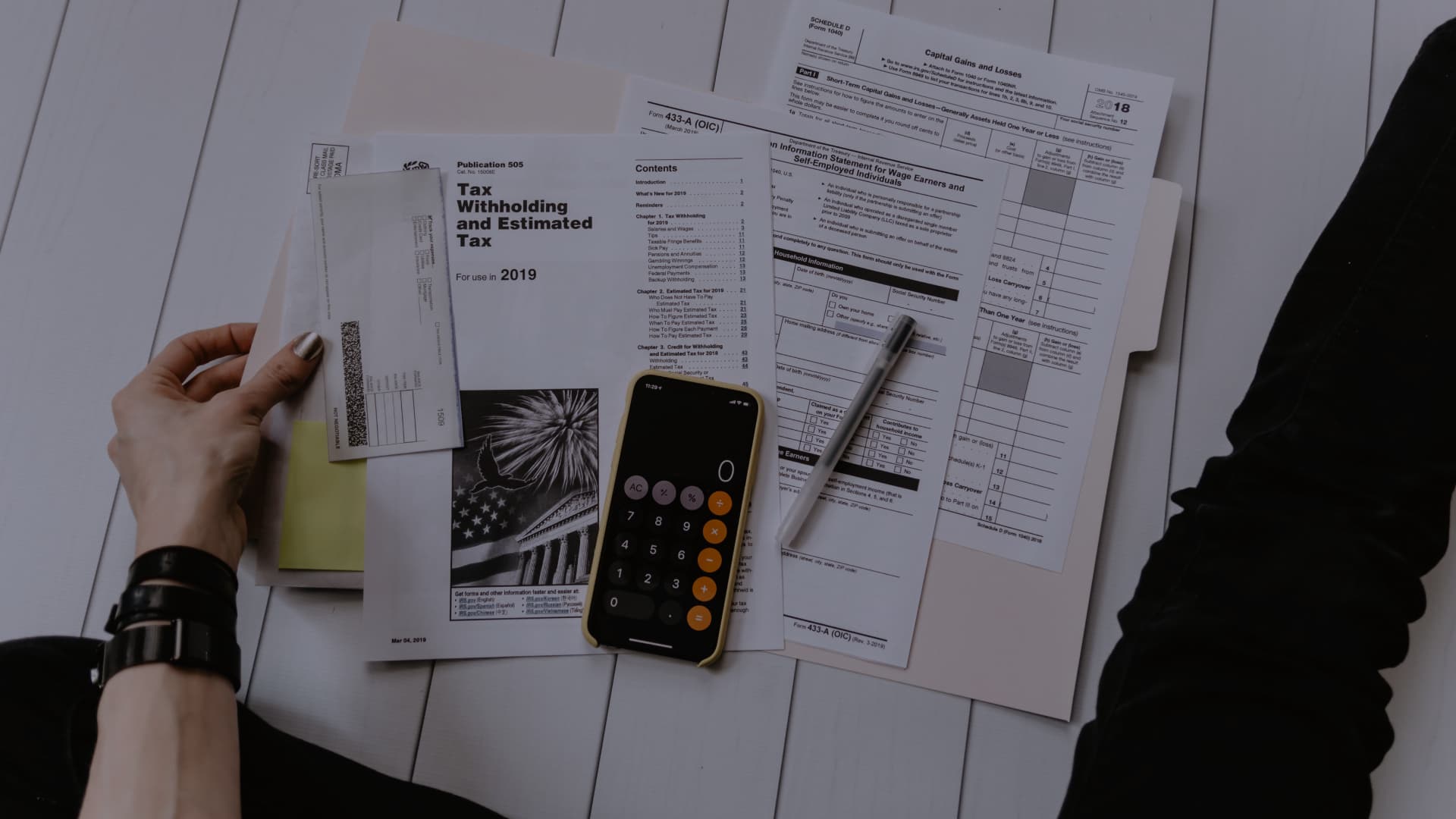