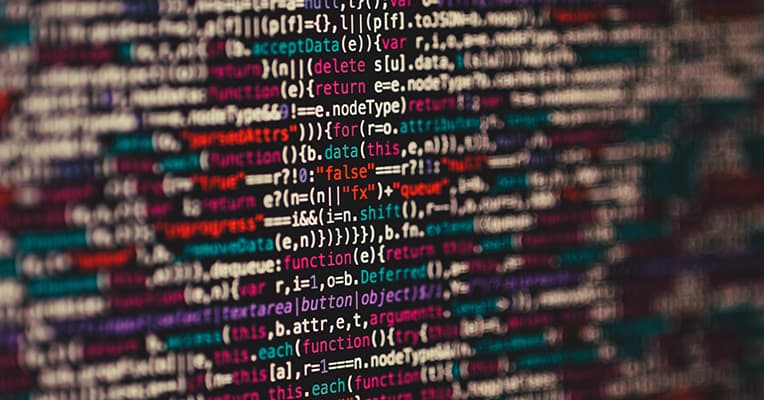 Your Ultimate Guide to a career in computers

Our world is constantly evolving, and we need the latest technology in order to keep up.

IT professionals hold the keys to technology, systems and data. In our ever more digital workplaces, these roles aren’t just important, they are vital. So whether you’re a hardware whizz, a pro coder or a cybercrime fighter, the future of business needs incredible IT apprentices to take it to the next level.

There’s never been a better time to get involved in the innovative and fast-paced IT industry.

University can seem like the obvious choice when all your friends are applying, but there are now other paths into a fascinating career in IT. Apprenticeships continue to grow in popularity as an alternative to university, offering a wide scope of subjects and levels of education to suit you.

An apprenticeship allows you to work full-time while you complete a formal qualification through a structured training programme. You’ll have the same rights as a normal employee and you’ll receive your qualification without being left with any tuition debt. Essentially, you learn while you earn – sounds pretty good, doesn’t it?

A lot of people go to university because it gives them time to think about what they want to do; however, if you already know what subject/area of work you’d like to specialise in, you can hit the ground running in employment with an apprenticeship.

So, what kind of apprentice opportunities are there in IT?

‘Many fields within IT overlap. You could be working with a multitude of different tools and technologies every day.

Types of IT apprenticeships

Throughout 2022, IT roles have consistently appeared on LinkedIn’s list of most-searched-for opportunities, with ‘Software Engineer’ taking the top spot.

Software engineering and development work includes building and developing computer and applications software. You don’t need to attend university to become a software professional; in fact, most don’t. You can learn during an apprenticeship or an online course – or even teach yourself!

Some possible career paths in software:

Cybersecurity is the current buzzword in IT. It’s been brought to the public’s attention through high-profile data breaches and cyber attacks at large corporations including Twitter and British Airways, where the data and personal details of thousands of people were stolen by criminals.

Jobs in the cybersecurity domain include Cyber Analysts, Ethical Hackers and Penetration Testers. Working in these roles, your responsibility would be to identify threats or weaknesses in your clients’ computer and security systems to keep them safe from hacks.

Cyber security professionals help to keep companies, assets, and digital infrastructure safe from hackers and criminals. As a cyber security apprentice you could work for a private company or for the government. Cyber security offers awesome career progressions and a really good starting salary (with room to grow).

The most popular jobs in this domain are Network Engineer and Network Manager. You’ll be working on the design and daily operations of your clients’ network infrastructure, which could include broadband networks, routers and firewalls. Often, Network Engineers also help with the telecoms/phone systems and Wi-Fi that a business uses.

Some possible career paths in networks:

An incredibly popular job in the IT field, IT Support Technicians are present in most medium to large businesses. They help with the day-to-day running of the business’ tech, especially fixing technical problems, diagnosing faults and maintaining all computer and network systems.

It’s the job of an IT Support Apprentice to ensure that all systems and software in the business are secure and well-functioning, and they usually have a say in what kind of computers, phone systems or software the business uses.

Some possible career paths in IT support:

If you’ve paid any attention to recent security hacks that big corporations have suffered (as mentioned above), you’ll know that hackers are looking for two things: money or data. Data is an invaluable asset to all businesses, and helps to give an understanding of the market, industry trends, sales, advertising success, and so much more.

Data and IT roles often cross over, because of the often complex IT systems and databases required to collect, store, clean and analyses data sets. A Data apprentice would have a keen interest in mathematics as well as technology and software.

Some possible career paths in data:

Although cloud jobs and DevOps jobs are not the same thing, companies often expect professionals in the cloud and DevOps space to have worked in both of these areas. You’ve probably heard of the cloud before: cloud computing is when data is stored over the internet rather than on your computer’s hard-drive. Popular cloud providers are Amazon Web Services, Microsoft Azure and Google Cloud Platform; I’m sure you can guess which companies created these!

Some possible career paths in Cloud/DevOps:

As the world becomes ever more digitally focused, digital apprenticeships have increasingly come to the fore as a way for companies to bridge the digital skills gap. The UK is a global leader in the technology sector, but many companies are getting left behind. Without an optimised website and a strong social media presence, it is hard for businesses to compete.

That’s where digital marketing comes in. Digital marketers help create and improve website content, use social media for meaningful client interactions and brand awareness, and ensure companies are pitching the right message to the maximum number of target customers. you could even work specifically in social media.

There are no national entry requirements for apprenticeships, so you’ll need to check each job spec with potential employers. Keep in mind that higher-level apprenticeships may expect you to have at least five GCSEs (grades nine to four) or two A-levels.

Aside from academic entry requirements, most employers will be interested in your personal skills; you’ll need to have a positive attitude to learning as you combine practice with theory, and good communication skills are always a plus.

Before applying to any apprenticeships or attending any interviews, ensure that you have fully researched the role and the company. Impress your potential employer by showing off your knowledge!

Competition can be fierce for IT apprenticeships, but they’re worth fighting for if you want to hit the ground running in the world of work. The range of choice for IT training programmes grows every year, with more and more businesses offering opportunities of their own.

So, do any of those fields sound interesting to you? None of the above jobs require you to go to university and you can learn all the necessary skills in software, cybersecurity, networking, IT support, data, cloud and DevOps through an apprenticeship.

Apprenticeships are split into levels depending on length and the qualification that you receive at the end. Possible qualifications that you’ll get could be:

Yep, that’s right: with some high-level apprenticeships you can achieve a full bachelor’s or master’s degree at the end, without going to university. Degree apprenticeships usually last between three and five years, and you can find them at some huge companies; including the Big Four consultancy firms: Deloitte, PwC, EY and KPMG.

If three to five years sounds too long for you, apprenticeships at Levels 2 to 5 are usually shorter, and you’ll qualify with the equivalent of five GCSE grades, two A-levels or a foundation degree. Big names offering shorter apprenticeships are IBM (Levels 3 to 6) and Lloyds (Levels 2 to 6). The latter will even pay you a full salary rather than an apprenticeship rate, if money is on your mind.

The latest jobs in IT, Software and Cyber Security:

Sector Spotlight: In what industries can I become an IT apprentice?

As well as Lloyds, most banks offer a wealth of IT-related opportunities, some of which combine IT with business. For example, Barclays runs a strong Technology Apprentice programme that can lead you to a BSc in Technology, and similar programmes are available at Santander, HSBC and Nationwide.

Keep an eye on modern, digital-only banks such as Monzo too – they don’t currently have apprenticeship programmes, but they may kickstart these in the future.

One of the biggest employers of IT apprentices in the UK is the civil service, which generally offers Level 4 apprenticeships. The civil service focuses on cybersecurity and computing, and you could be working in engineering domains such as transport infrastructure, oil and gas or the civil nuclear industry. There’s also a high chance that you can progress into a permanent role within the civil service once your apprenticeship is finished – this could be a great way to go if job security is important to you.

Excited by cybersecurity but not by the civil service? Take a look at the opportunities offered in the telecommunications industry. Sky, ITV and the BBC run popular cybersecurity and networking apprenticeships, and – similarly to the banking sector – they often combine ICT with business.

If coding and programming is your thing, the BBC is also known for its competitive software-related apprenticeships which run for 24 months. These are London-based and have fixed start dates, so you’ll need to make sure that you get your applications in on time.

Aiming big? How about applying for apprenticeships at Google and Microsoft; they pay less than other programmes (starting at £15,000) but they are undoubtedly key players in the tech space, and could carry weight on your CV. It’s worth noting, however, that a bigger company does not necessarily mean that you’ll get a better experience; some smaller firms and local businesses have exceptional apprenticeship schemes. You can ask your careers advisor for options in your area.

An apprenticeship in IT can open the door to a multitude of different career opportunities across loads of different industries. As business continue to take steps towards digital transformation, IT and digital professionals are more valuable than ever.

After all, a good apprenticeship could be the start of your dream career!